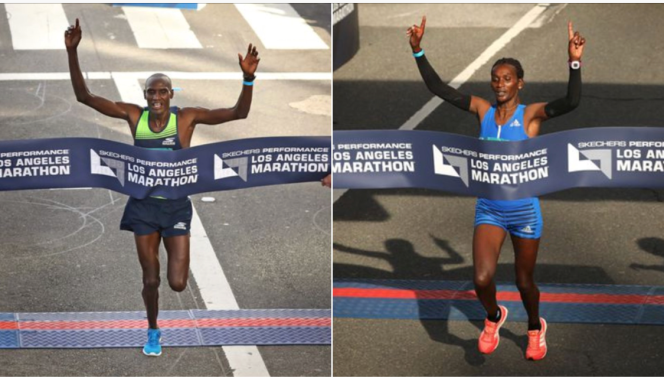 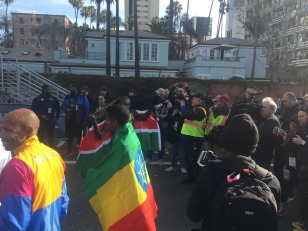 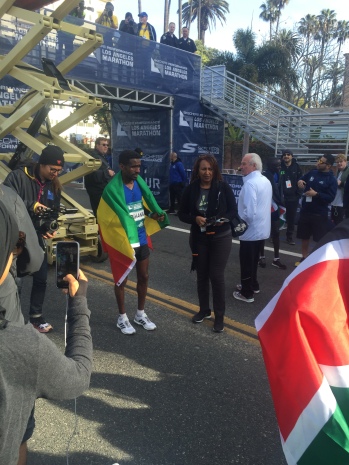 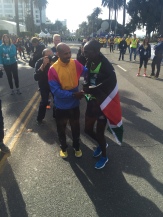 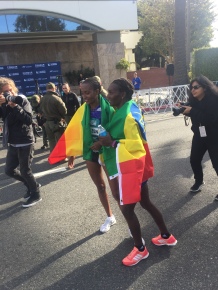 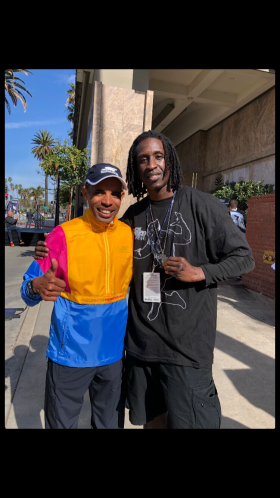 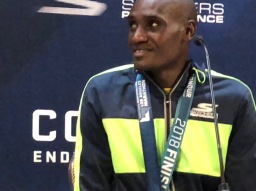 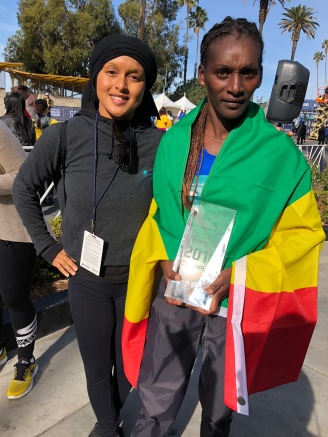 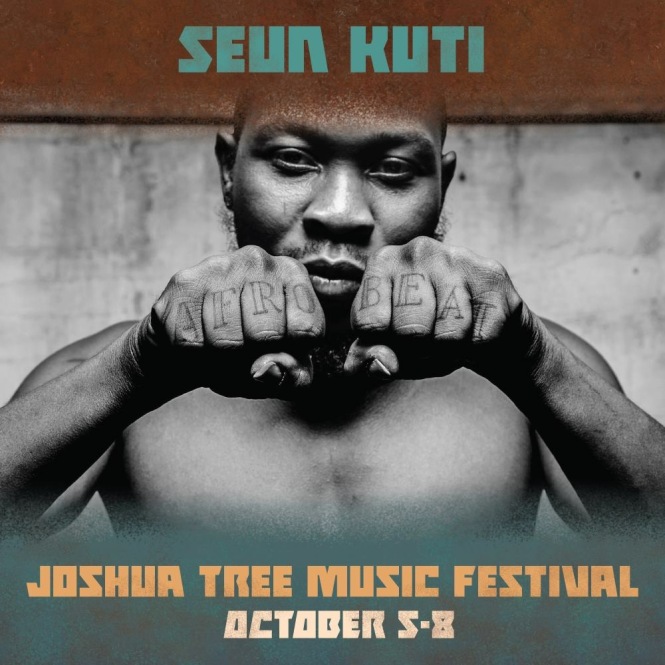 The Desert is Freedom, Music is Power and Community is Crucial. friends and funsters who believe that music is the soul of life…The music is diverse from all over the World, positive and potent; featuring artists on the rise. A happy, loving and egalitarian space is created, where the boundary between artist and audience is blurred.

You may purchase tickets here:

I was fortunate to participate in this Marathon, both as a runner and a reporter, for the second time since 2015 and beating my previous time by 16 minutes. This Marathon allows me to rediscover by running foot the beautiful city of Los Angeles and iconic surrounding areas: Pasadena, West Hollywood, Beverly Hills, Westwood, Brentwood, before finally crossing the Finish Line on scenic Ocean Avenue in Santa Monica. 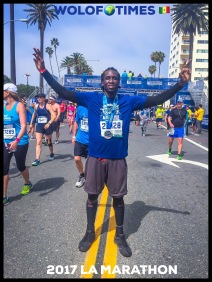 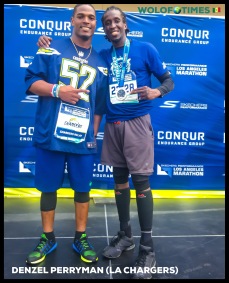 Bunaama Diagne is an Editor/Reporter for Wolof Times.

Established in 1986, the LA Marathon is one of the largest marathons in the country with more than 25000 participants. The race starts at the legendary Dodgers Stadium near Downtown LA and ends near the beach in Santa Monica. You may register for the race online: http://www.lamarathon.com/participant-info/registration

Make sure you check this three-day event which features concerts and celebrity basketball games at the Staples Center. You make get more info and purchase tickets here: http://www.bet.com/bet-experience/2016/tickets/vip.html

The 2015 LA Marathon was as usual dominated by East Africans as Kenyans won both first and second places in the Men’s category (Daniel Limo, Lani Rutto) and first place in the Women’s (Ogla Kimaiyo). American Jared Ward and Blake Russell did manage to both slip in third places to the delight of the home crowd. Respectable times (Men: 2hr10min, Women: 2hr34min) were set despite the scorching temperature of 96 F and there was great crowd participation throughout the city as this is a charitable event that spans from Dodgers Stadium to Santa Monica.

The LA Marathon is a great opportunity for amateur athletes such as myself to challenge ourselves, enjoy the ambiance of the event, sightsee the city of Los Angeles, meet the winners such as Ogla Kimaiyo (Kenya) here with Wolof Times reporter Sunny Moore from Wolof Times, and more importantly contribute donations to organizations such as St. Jude Children’s Research Hospital, Students Run LA, Leukemia & Lymphoma Society etc… via our registration fees. I trained for 5 weeks by running a weekly half-marathon on top of my regular training. I managed to achieve my goal of running 26.2 miles non-stop with a time of 5h11min at an average pace of 11 min per mile, despite a scorching temperature of 96 F. I learnt on my first marathon that running 26.2 miles from Dodgers Stadium to Santa Monica is only achievable for amateur athletes via nutrition and hydration, and also that after 22 miles your overall body muscles are so stressed that there is a high potential for injury. It was a great experience nonetheless and I will forever wear my 2015 LA Marathon Finisher with pride.

Preparing to run the LA Marathon Sunday March 15th from the Los Angeles Dodgers Stadium to Santa Monica. I will be fueled by http://www.goherbalife.com/bunadiagne and running for the charities listed in the event: http://www.lamarathon.com

To register or get more info: http://www.lamarathon.com
The ASICS LA Marathon is committed to improving the community by offering nonprofits a chance to use our world-class event in order to increase awareness and raise funds for your cause through our Official Charity Program. It is YOUR COURSE. YOUR CAUSE.

Each of our partner organization’s missions and clients are special and unique – just like our 25,000 runners and our amazing 26.2 mile marathon course. This program is your chance to give back and show the greater Los Angeles area who you are and what you stand for! Over the next 8 months the ASICS LA Marathon will transform into Your Course, and you will run it to support Your Cause. 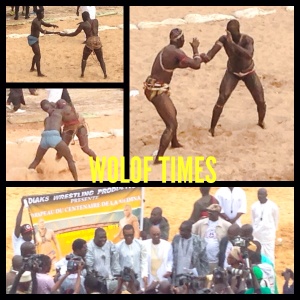 Senegalese season wrestling usually starts around April so this event happening in December allowed Wolof Times to cover the country’s National Sport called Lamb. Wrestling events are very popular and this particular one happened in Dakar’s well-renowned neighborhood called Medina. The country’s best-selling singer of all-time born and raised in the neighborhood and who completed a short bid as minister of culture even graced the event with his presence. This to the delight of the local crowd as wrestlers of Medina were battling outsiders from suburban regions. One can get a feel of the culture through the folkloric attires of the Sabar drummers and wrestlers who dance and perform various spiritual rituals prior to the fights. The crowd definitely gets into it and wrestlers off this day add to the excitement by defying each other in the stands to hype up upcoming events.

Great Bike ride open to everyone with streets closed to cars from Venice Beach to Downtown Los Angeles. Bike ride was very well-organized and safe and allowed bicyclists to find out that it is easy to ride from Venice to Downtown LA in an encouraging effort to promote less atmosphere pollution. Great food and DJs along the way and Native American Celebration, Food and Art in the Downtown Arts district. Great event!

LA marathon winners: Aleksandra Duliba from Belarus, 1st time Marathon Runner/Winner and also 1st to cross Finish line (Male or Female) and Ethiopian Erick Mose from Kenya. Nice to see professional athletes from all over the world especially from The Motherland. There wasn’t much of an audience, but nice location for the finish line near Santa Monica Beach. 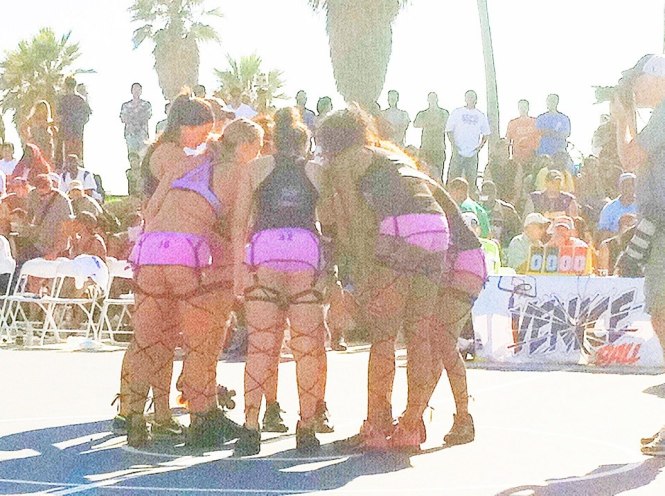 These ladies can actually play some basketball. It seems like the Lingerie part of the game is just to attract a largely male-dominant audience but these young ladies are straight up hoopers 🙂